Men have the Right or the Responsibility? 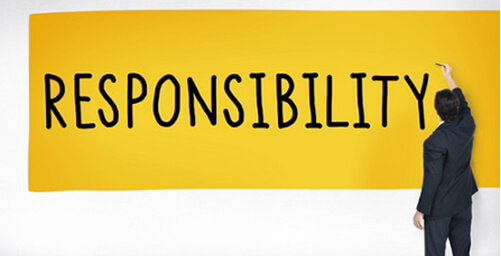 This might be the most contested area towards Islam altogether: Men have authority over women.

Men are in charge of women by [right of] what Allah has given one over the other and what they spend [for maintenance] from their wealth. So righteous women are devoutly obedient, guarding in [the husband’s] absence what Allah would have them guard…

Depending on how you see this; it can be taken as a right for men or a burden upon them. If you have a worldly view and see this as injustice, you are absolutely right. If you believe in a day of judgment, that all you do will be recompensed in a due manner, then you are understating the burden of this responsibility. I hate to do this, but I’m actually going to quote Spiderman by saying: “With great power comes great responsibility”. That is true in any sphere, from a world leader to the head of the household.

The fact that the man has the last say in most decisions does not make the woman any less important in the decision-making. The prophet Muhammad used to seek counsel from his wives, they used to give him advice and he would take it into consideration and most often even act on it. Ideas and intelligence are surely not limited to men. Believe me, men do a lot of dumb stuff, and it is often the women that bring back the pendulum… a lot of really dumb stuff!

The main problem is that we try to compare men to women; why do we have to do this? It is like comparing apples to oranges; you just don’t. Men and women are meant to be a couple, not adversaries, competitors, or opponents. They complete each other in marriage to form a household. Unfortunately, this sacred union is more and more scarce nowadays, where marriage has taken a back seat to be replaced with unions of convenience.

Just for the sake of argument; yes, a woman can do the same work as a man and even better!!! Now that we have put that to rest; you still see women trying to compare themselves to men… to be like men. They change their attitude, their style, their way of thinking to act like a man to seem credible in a position of authority in the workplace, in politics, in war…

All this is from the mindset that is transmitted to women, that men have more rights rather than men have more responsibilities. This may be true in western societies because of a lack of accountability in this world; but in Islam, men have the burden of responsibility and not privilege since it is Allah that will judge them in the hereafter on that field.