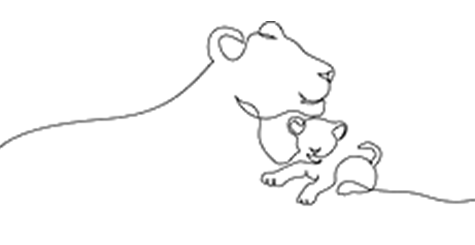 A multitude of great Muslim scholars (in religion and science) were orphaned on their father’s side and became great humans who illuminated the world. Just to namedrop a few: Imam Al-AwzaÏ, Imam Al-Shafï, Imam Ahmad ibn Hanbal, Imam Al-Bukhari, Imam Jalaluddin As-Siyuti. Not only have these scholars written great books, I mean books have been written about these people; and their mothers all had incredible roles in their upbringing.

Now let’s visit the teachings of the prophet in the regard of mothers:

“O Messenger of Allah! I want to go out and fight (in Jihad) and I have come to ask your advice.” He said: “Do you have a mother?” He said: “Yes.” He said: “Then stay with her, for Paradise is beneath her feet.”

Let’s see what the companions of the prophet said:

Ibn ‘Umar saw a Yamani man going around the House (the Kaaba) while carrying his mother on his back, saying, ‘I am your humble camel. If her mount is frightened, I am not frightened.’ Then he asked, ‘Ibn ‘Umar? Do you think that I have repaid her?’ He replied, ‘No, not even for a single groan (contraction).’

The place of your own mother in Islam is only second to Allah. Do not forget this!