People judge me by what I wear – Hijab 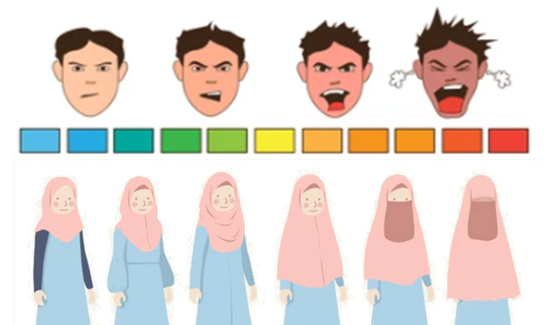 As the adage goes: Do not judge a book by its cover. Apparently, this saying does not apply to Muslim women. People shouldn’t make assumptions about a person based on their attire. But don’t get me wrong; wearing the Hijab is an open expression of a woman’s Islam.

Regardless of passing judgment, why even bother to wear the Hijab in the first place? Great question, and a question that deserves an answer if it is asked out of curiosity or comprehension and not out of disdain.

First of all, as we have mentioned before, anything ordained by Allah must be accomplished:

Now, before going into more detail about the reasons for wearing the Hijab, let us see what exactly is the Hijab. Basically, the proper Hijab is not just a scarf or a head veil worn around the hair; It is a complete expression of modesty and dignity, it is a way of life, a mindset. Only the face and hands may be uncovered.

The attire worn must be opaque, loose, and non-attracting the gaze by its design or color. Now, let’s look at the advantages for women who wear it.

To any sane-minded person, the Hijab is a sexual turn-off. Don’t get me wrong, I’m a guy… don’t need to say more, and sexuality is not taboo in Islam; it is however to be expressed between husband and wife intimately in the privacy of their home. A community void of sexualization or sexual connotation builds a healthier society.

Plus, so much of society is built on appearances; physical perfection. Islam, via the Hijab, liberates women from these imposed norms. You become judged by who you are, not what you wear. In western societies, women have been duped into believing that showing their body is a sign of liberty; some notion that wearing g-strings, low-rise pants, and sport-bras is somehow connected to freedom. If these things were truly comfortable; believe me, men would be wearing them all the time. These clothes (or threads) were not conceived for women, they are only there to appeal to men and are sold under the falsehood of trend and fashion only to get women into them. The proof is in advertising; you want to sell beer, here are women dancing in tuques and bikini; want to advertise the Grand-Prix, looks like a strip club; watching a sporting event, I’ve never seen many male cheerleaders!?! Women have been objectified, used, and abused by sexuality in the name of liberty, and they don’t even notice it! And if it would only be left to men to decide, why would anyone be against this, this curtails his desires. It is Allah, through his word who puts an end to this by empowering the woman with freedom; freedom from peer pressure, fashion, and physical perfection.

Some point out that Muslim women who wear the Hijab are secluded from society. If that is so, is the problem the Muslim women who wear the Hijab, or is it how society looks at her? The less something is present in society, the more difficult it is for the minority. However, the bond created within this minority is strong; a sisterhood of sorts. Understanding what one goes through, living the same reality as someone else is encouraging and fortifying.

One last note about the Hijab, many critics of Islam point out that it is “unfair” that the woman must cover up while the man doesn’t. Actually, this is not true, men also have a dress code; although different (some would argue less strict). Since the nature of man and woman is different; it is kind of normal for the dress code to be different (I hope I don’t have to go into detail on an anatomy class). Moreover, the man has a requirement not required from women (because he is different). It is forbidden for a man to shave his beard:

… the Messenger of Allah (ﷺ) ordered trimming the mustache and leaving the beard to grow.

Now, Muslim men and women apply this dress code in order to satisfy Allah, we have also seen practical reasons and advantages for doing so; but there is one reason we have not explored, nor have I seen in any literature: similarity.

As Casanova was known to find beauty in each woman. We are no Casanovas, and thankfully so; yet the more women cover-up, the more they look alike. Until you get married and discover the true beauty of your wife; for she will be the most beautiful since you did not have to compare her with any other woman. As it goes for men, differentiation is predominant in two features of the face; that is why when it comes to face recognition, the eyes and the jaw region are targeted. So by having bearded men, they resemble one another more than if they were shaved.

Now, one might ask what is the criterion in choosing a partner (i.e. husband or wife)

The Messenger of Allah said: “When someone whose religion and character you are pleased with proposes to (someone under the care) of one of you, then marry to him. If you do not do so, then there will be turmoil (Fitnah) in the land and abounding discord (Fasad).”

The Prophet said: “Indeed the woman is married for her religion, her wealth, and her beauty, so take the one with religion, and may your hands be dusty.” (the last part is a kind of damnation if you do not follow this advice, not commonly used any more in Arabic)

Looks are secondary to religion and character; for even if you have the most beautiful wife/husband, if you are not satisfied, you will still search somewhere else.

To learn more about these subjects, read FAITH The Process of Belief