The Burden of Proof – Atheism and Islam 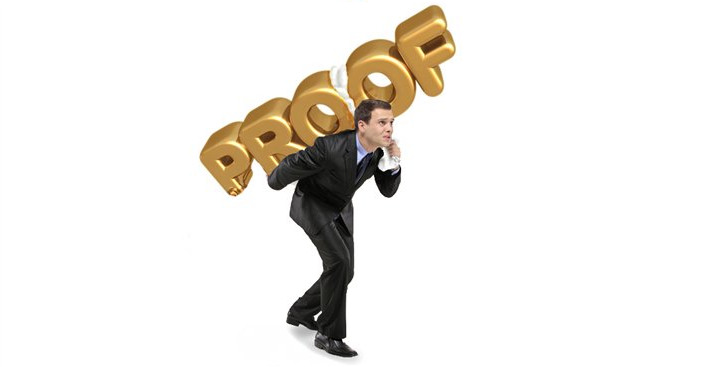 Recently, I have been watching, debates, discussions, and lectures that treat about the subjects of Atheism and Islam. On the side of the proponents of Atheism, you find people like Richard Dawkins, Christopher Hitchens, Lawrence Krauss, Alex O’Connor, and many, many more.

A common theme in their philosophy (not to call it belief), is obviously the absence of a divine presence (thus the definition of Atheism). Therefore, any way of life that includes the divine is deemed, irrational, unscientific, and illogical; Thus, it is false. Basically, for atheists, any religion is farfetched at best and a complete fabrication on a good day. However, there seems to be one religion that keeps sticking out like a thorn for them (even if they consider all religions as equal fallacies); Islam.

Why Islam, because it is the ultimate Monotheistic religion, way of life, and truth. Bold claims, right! Therefore it must be substantiated with some kind of proof, or at least evidence, right!

“If I were to suggest that between the Earth and Mars there is a china teapot revolving about the sun in an elliptical orbit, nobody would be able to disprove my assertion provided I were careful to add that the teapot is too small to be revealed even by our most powerful telescopes. But if I were to go on to say that, since my assertion cannot be disproved, it is intolerable presumption on the part of human reason to doubt it, I should rightly be thought to be talking nonsense.”

The teapot argument is used to rationalize the “irrationality” of advancing the claim that there is such a thing as a god to begin with. Actually, this reasoning looks pretty promising from the get-go; but as you dive in a little deeper, this teapot literally does not hold water.

The thing is, advancing any assumption, theory or belief falls on the beholder to prove its worth, rather than the denier to disprove it. The burden of proof is on the shoulders of the believer, not the other way around; if so, it would be considered a fallacy.

Yet, in most scientific spheres, absolute proof is not required to confirm any theory. We did not have to go to the moon and look down at Earth to say the world is round. We did not need microscopes to advance the presence of pathogens which can induce sickness. And we surely did not wait for the arrival of the electron microscope to formulate the atomic theories.

Therefore, when it comes to the topic of the presence of a god, it should not be treated any differently; favorably, or disfavorably. If there is reasonable proof or logical trails to follow, then the advanced assertions should be taken seriously and looked into (as we have been doing and continue to do through this blog In Sha Allah). As for Mr. Russell’s teapot, don’t hold your breath looking for it!