Why do we do Things the Way we do Them? – Sunnah 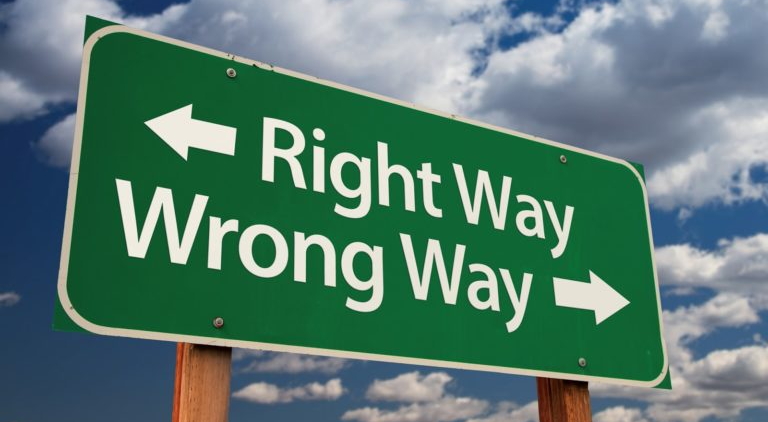 “The deeds are considered by the intentions, and a person will get the reward according to his intention…”

Which, loosely translated to English, is

These are not just two conjunctions that are said to enter Islam. The ramifications of uttering these words must be understood and are not to be taken lightly. The first part “Ašhadu ʾan lā ʾilāha ʾilla -llāhu” is the reason why you do things: for the sake of Allah (i.e. His satisfaction). That is the intention part.

However, good intentions don’t always turn out so good if they are not sustained with righteous and rightful conduct. That is why the “wa-ʾašhadu ʾanna muḥammadan rasūlu -llāh” comes next. This gives you the way to do things; you follow the guidance of the prophet Muhammad in all of your actions. Both go hand in hand.

Still not convinced… Let’s put religion aside and make a simple parallel between intention and action with school, for instance. Every single university student would say: “I want to finish with an A average!” Well, that covers the intention part of it. Now, how are you going to reach that goal? Is it by partying late, binge-watching on weekends, sleeping in for class… or would it be more like handing in your work on time, studying hard, showing up in class… This is not to say that you wouldn’t have a little fun on the way, but your goal would be achieved by the means put in.

That is exactly the same mindset towards Islam. This religion is a way of life that sticks with you every second of your waken life. With that said, don’t think that all this is easy and comes simply like second nature. Standing up against injustice, giving your acquired wealth, fasting in the summer, washing for prayers on a cold winter day, getting up before sunrise to pray… It is not the easiest path, but it is the right one.

On this last note of prayer, the Tabi’i (the generation after the Sahaba) Thabit Al-Bunani said:

Often, when something is difficult at first, and you push through, you often find meaning in it and also fulfillment. By the way, what is meant by night prayer is not the last compulsory prayer of the day; what he meant was Qiyam Al-Layl (waking up voluntarily in the middle of the night to worship Allah in prayer).

Well, I guess we still have time for one more knock by skeptics: “Why is it five obligatory prayers? Why do we say grace 33 times? Why is…” We could start explaining rationally that these totals instill a routine and are a reminder in number and in time. You could say Subhana Allah 24 times, but it is only on the 25th that you really give attention and focus on it. As for prayers, the prophet (ppuh) encouraged Muslims to do more than just the five compulsory daily prayers. Why? Because we are flawed humans. When you start to pray, your mind can literally wander the world before settling down to concentrate on adoring The Creator of Heavens and Earth. For that reason, the prophet (ppuh) mentioned this:

Imagine, the most attentive Muslim in prayer comes out with half of his prayer in deed. Personally, I’m not surprised, I just hope I fit somewhere in that range.

To make a long story short, all this is a test to recompense diligent effort through exemplary conduct. You do your work the right way, you get a reward. That’s it, that’s all! There is nothing complicated about it, and there doesn’t have to be anything complicated about it. Most things in life that are rewarding are simple but involve effort, so why would it be any different in regards to faith and the hereafter?