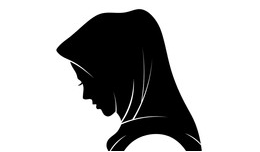 “Women don’t have their place in Islam.” Every time I hear this, my eyes rollback. Whether it be in the media or some ignorant foe, this always brings a sarcastic smile to my lips. What is that other great catchphrase? Oh yeah: “Women are not respected in Islam.”

For 1400 years, women in Islam have always been equal in creation in front of Allah, they have the right to inherit, marry, trade, invest, work, own, buy, sell, seek knowledge and teach. These rights have only been recently accorded in the West in the past century or the past decades.

It is not Eve that is to blame for the descent of Adam from Eden, but both of their sin for disobeying the commandment of Allah (there is no such thing as original sin in Islam).

A woman has the right to accept or refuse a marriage proposal (so does the man and the woman’s tutor). It could be for any reason (she does not have to give one); the attitude of the man, an inkling of sorts, the wedding gift (there is no dowry in Islam, especially not one given by the wife. It is a “Mahr”, wedding gift, from man to woman)…

The most astonishing and deer act to one’s person is to keep one’s own name (last name). It is something that you are born with and survives even after one’s death. It is a blood-bond that ties you from the womb. In European societies, the woman would acquire her husband’s last name, as if she was his property; just as slaves would acquire their master’s name (ever wonder why African-Americans are named Jonhson and not Mokimbo). Until the 1800’s, a man would be responsible for his spouse’s actions in a court of law. You know the expression: “the law is an ass”, well check out Charles Dickens’ Oliver Twist to find out why.

Women in Islam have a set percentage of the inheritance, including wealth, infrastructure, and land. Whereas in European societies… often, it was only the eldest son that inherited. Nowadays, it is not better, one can decide to leave his wealth to who he wishes (some even leave it for their pets; that’s freedom without limits).

What I mean by all this is that there has been an amazing liberation of women done in Islam, historically, and even as we speak today. The only part that people don’t tend to agree with, is the limitations to these rights and freedoms. All of which can be easily explained and understood in a greater picture, as we shall do In Sha Allah these coming weeks.

What is the Place of Women in Islam?